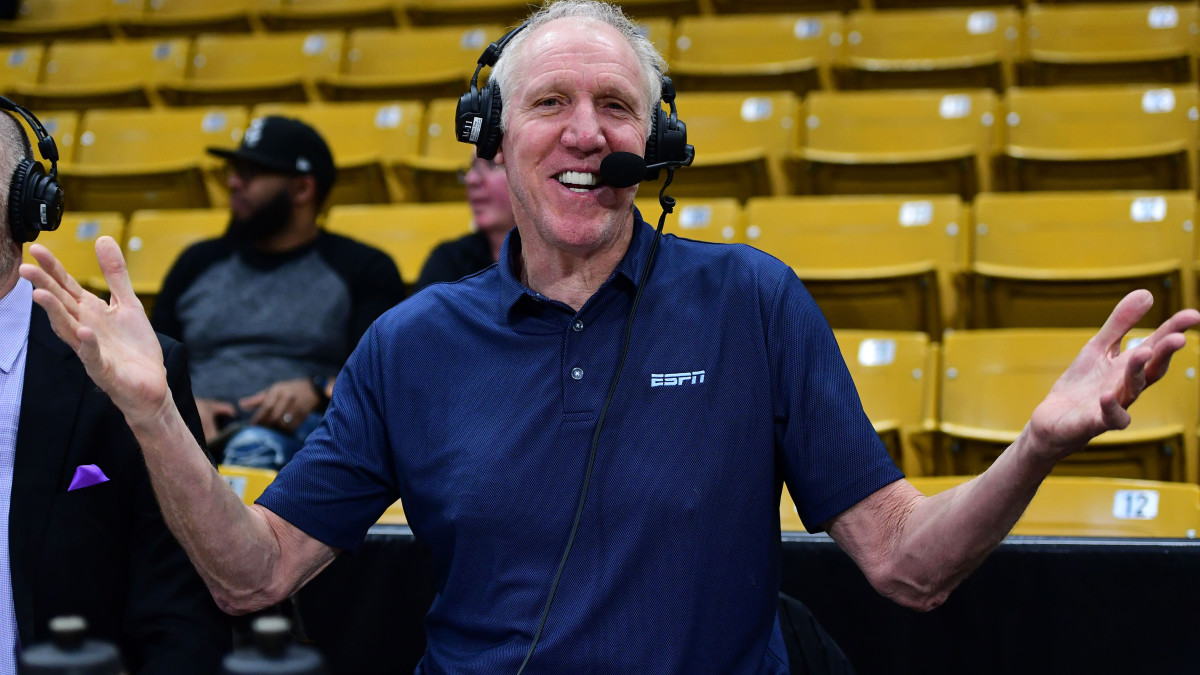 1. You never know what you’ll get from Bill Walton when he calls out a college basketball game for ESPN.

During last night’s Oregon-UCLA game, he compared the transfer portal to Tinder, had no idea he had once won a Sixth Man in the NBA and fired off people complaining about the lack of fans in the stands due to COVID-19.

Walton’s partner, the excellent Dave Bash, innocently asked Walton a question during the broadcast. In the old Walton move, he answered by asking Bash why he was asking him a question. Bash explained that Walton is the broadcast analyst and that he doesn’t have anyone else to ask him questions because there was no one else in the arena.

That was all Walton needed to get off the ground.

Walton replied, “I’m tired of you complaining about it.”

Bash said he wasn’t complaining, but was trying to let fans fine-tune the game knowing that UCLA doesn’t allow fans to be in the arena at the moment. However, Walton stepped forward.

“There is an ongoing pandemic. Please. There are public health issues.”

“There are no fans in the building because people are dying from COVID and people are worried about that,” he said.

Bash, may God bless him, tried again to explain UCLA’s policy, but it was futile because Walton was on the verge of collapse.

“Okay, are we going to listen to the doctors or not?” Asked. “Isn’t that kind of why we’re on this ongoing program? Because people don’t listen to doctors. Are you part of the problem or the solution?”

Right after he asked, “Are you part of the problem or the solution?” He shouted, “Throw it!” As a player he missed the four tournaments.

The man literally went from saying “people are dying from COVID” to “throwing it down” in a matter of seconds.

2. We told you at Tryna Ideas yesterday that Bill Belichick is wearing a “Danger Zone” sweatshirt at his press conference a couple of days ago. This was a mature material for Good morning footballIt’s Kyle Brandt who did a great show on Friday.

3. It took a few years, but Tom Brady influenced that stupid story line from losing the Super Bowl to the Eagles when Brady didn’t shake Nick Foles’ hand and people all worked out for some reason.

4. Julian Edelman is promoting a sports betting company where they give him $100,000 to bet on the Patriots Book Super Bowl. It makes the most of the content game surrounding the bet as you will see in this video.

5. One note to any of my underdogs planning to place a bet this weekend: The underdogs are 15-3 on the wild card round since 2017.

6. brand new SI Media Podcast Dropped this morning and this week’s show features an interview with Richard Deitch, who previously hosted the show. Deitsch, who now works for the athleteDiscuss the status of a podcast, what makes a good podcast and what makes a good host. We’ve also been talking about sports media news, including disappointing ratings for National College Football and the NFL being prepared for another monster season when it comes to viewing.

You can listen to the podcast below or download it on Apple, Spotify, and Stitcher.

Please remember to subscribe to SI Media Podcast And leave a review for Apple.

7. Today’s Random Video: Happy 68th birthday to “Hacksaw” Jim Duggan, who along with Yokozuna was the most ridiculous motivator in Vince McMahon’s entire radio career.

Be sure to Follow up on previous releases of Traina Thinkts and check out Sports Illustrated Media Podcast Hosted by Jimmy Traina on An appleAnd spotify or Stitcher. You can also follow Jimmy on Twitter And Instagram.